These help notes are for the benefit of railway modellers.

They were originally prepared for members of the Hornby Forum, but equally apply to other makes. 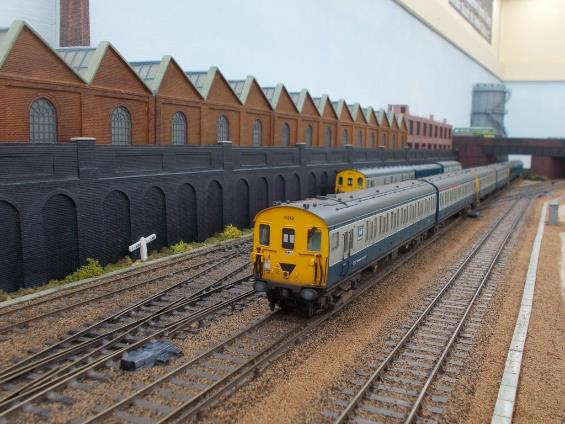 On all railways the wheel-rail interface (in industry parlance) is the crucial element in ensuring trains run. However, its importance can often be overlooked or even misunderstood by some railway modellers – including manufacturers. Standards used on railway models vary considerably (even within a manufacturer’s own range) and this can lead to issues and poor running especially on turnouts and crossings.

In terms of model rails incompatible wheel standards will cause problems. For example, early Rovex models with coarse plastic wheels will not run properly on (say) code 75 track. However, even when the wheel profile is compatible with the chosen track problems can still arise through the back-to-back dimensions of the wheels being incorrectly set. The back-to-back dimension being the measurement between the inside faces of the wheel flanges.

Many modellers will have a turnout on their layout upon which a number of items of rolling stock regularly derail. In the end that turnout gets lifted /replaced, the problem appears to go away and the conclusion that it was badly laid else faulty is arrived at.

Obviously uneven track will lead to derailments but so will defective wheelsets. I don’t mean wheels that have chunk missing out of them; just defective in their profile is poor and quite often their back-to-back dimension is too tight.

When passing through a turnout’s common crossing there can be a tendency for wheels to try and take a diverging route either jumping as the wheelset catches the crossing nose or simply derailing. Wheelsets with tight back-to-back (i.e. less than 14.5mm) have considerable sideways play on the track as the flanges are not sitting snugly within each running rail; this excessive lateral play between the running rails can often lead to poor running.

With this excessive lateral play the rail vehicle itself can also move more than it should. So, it struggles to follow the track and at certain locations the tolerances required to keep the wheelset on the track are exceeded leading to a derailment. Often this may happen with (say) two or three wagons which are then labelled as being ‘rogue’ or troublesome and so are ‘carded’. Relegated to the back of the layout they are now rarely used without further investigation.

As a railway modeller my layout has seen more visitor-mileage than with my own stock and this provides an interesting insight into what occurs with models. The coarse wheel profiles of Lima and Jouef cannot run; neither can the older Triang and Hornby wheels but much of the rolling stock today can. Indeed, even some of Hornby’s current pizza-cutter wheels give problems (for example the model JA /JB - class 73 in TOPS parlance) so are replaced with Ultrascale wheels (they produce excellent conversion packs for many models).

I know the track is now spot on – some adjustment of check rails, K-crossings on slips (etc) followed many hours of running my own stock fitted with finescale wheelsets amply demonstrates this. But then (say) that pesky leading axle on a visiting Bachmann class 40 occasionally derails on the common crossing of a single slip. Up-turned on the modelling desk, it is found that the back-to-back dimensions of that ‘pesky’ wheelset was less than a millimetre too tight and once gently opened out to 14.5mm the locomotive runs faultlessly thereafter.

Another regular contender is (say) the Hornby modified Merchant Navy class where the tender wheelsets are frequently too tight. Recently the leading axle on one locomotive (i.e. on the pony truck) was found to be wide to gauge leading to infrequent derailments until it was adjusted.

Many model locomotives also have excessive lateral play in their driving axles and for a layout where 3’ is the minimum radii (a standard used by a number of us) this also leads to unreliable running. Wheels are removed and (for a 2mm axle) 8 BA brass washers are inserted to reduce the sideplay; the locomotive’s running is significantly improved.  To be precise 8BA is 0.0866 in or 2.2 mm.

Of course, there are many who rarely encounter these issues and may even be bemused by them. However, next time you have a derailment just get a set of callipers out and check the dimensions of the derailed vehicle’s wheelsets – you might just be in for a surprise!

When it comes to split axles these can present a problem if the back-to-back dimensions need adjusting for you can’t!  Essentially you are down to replacement wheelsets which is rarely possible or retiring the locomotive. Fortunately, split chassis locomotives have fallen out of favour and in some instances manufacturers have re-released versions of a particular model with a new chassis.

Unfortunately, with the increased use of lighting (particular with Pullman cars) split axles are finding favour is some coaches. However, this rarely presents a problem.

Some Hornby coaches appear to have a slightly deeper flange than (say) Bachmann equivalents with these deeper flanges contacting the sleeper chairs on curves formed of finescale track such as SMP or Exactoscale. In addition, on certain batches of coaches one of the wheels is not a firm fit on its axle and can be prone to unwanted variations in its back-to-back dimension (leading to derailments).

Accordingly, some modellers may choose to replace the wheelsets on Hornby coaches with 14mm Romford wheels (or equal equivalent), even resetting their back-to-back dimension set to 14.75mm. As a consequence, running of these coaches is much improved and whilst the cost of the 14mm disc wheel has significantly increased to £2.50 /axle in 2012 (around a decade ago Romford wheels were 84p) for many the expense remains worthwhile.

DCCconcepts produce a number of gauges including both the standard 14.5mm, ‘fine 14.75 and ‘special fine’ 14.85mm gauges.

Both C&L and Markits produce standard 14.5mm back to back gauges.

The standard ‘00’ back-to-back gauge is 14.5mm. However, although finescale modellers may use 14.75mm /14.85mm gauges these are not normally recommended for proprietary rolling stock unless you are sure their use is compatible with the wheel’s profile.

Checking the Back-to-Backs
by LC&DR

Modern ‘00’ wheels should normally be 14.5mm between inside faces and if narrower that that will cause derailments, especially at turnouts (points). It is possible to buy a special gauge to measure this, but it is perfectly possible to use a cheap Vernier gauge instead. Wheels found to be out of adjustment can usually be adjusted by gently sliding them on the axle. Locomotive driving wheels should only be tackled by experienced modellers. 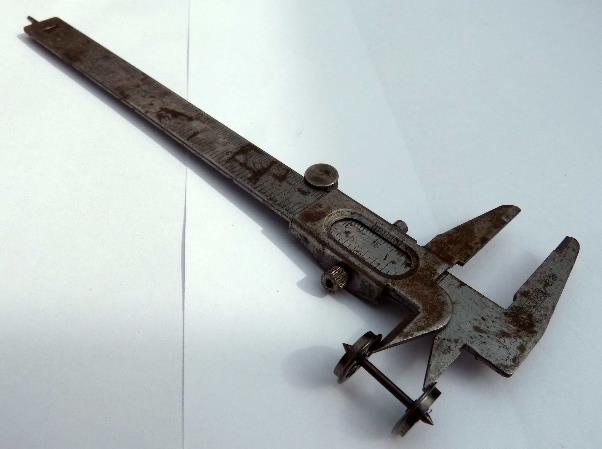 There are defined wheel contours for RP25 and NMRA recommended rail practices.

NMRA also has a recommended practice for wagon weight.