As modelled by Hornby 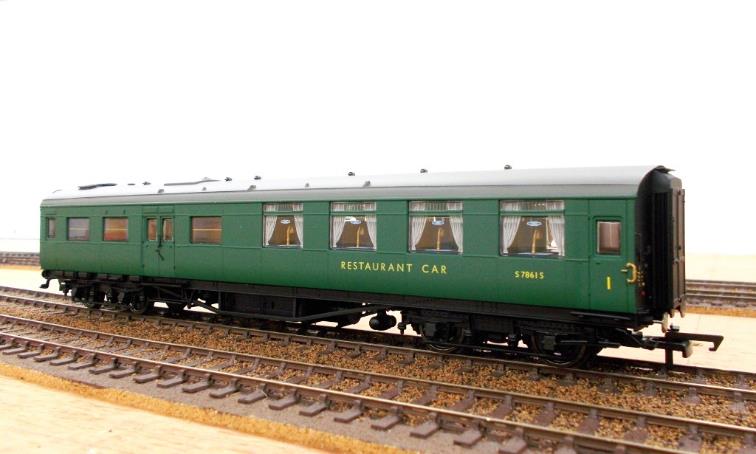 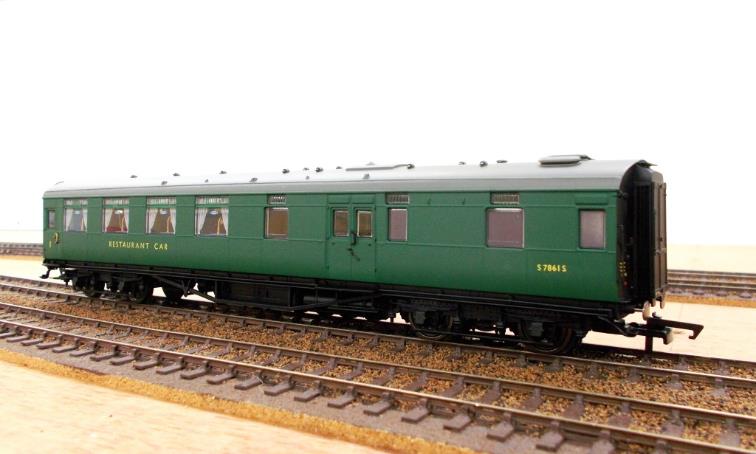 The Diag.2651 car (as modelled by Hornby in BR(s) green) was one of six built in 1927 but in its post-rebuilding condition (c.1935) with the recessed double doors.  There were a number of minor bodyside differences between these six cars and the further twenty cars built in 1929 and 1930.  The Diag. 2656 cars built in 1932 were (with the exception of cooking apparatus) similar in body style to the Diag. 2650 cars built in 1934.

Today just one Maunsell Kitchen Buffet car survives in the form of no. 7864 (Diag. built 1932 at Eastleigh - E635) which is currently undergoing restoration into traffic at the Bluebell Railway.  Withdrawn by British Rail 27th January 1962, it is understood this arrived at the Bluebell Railway on or just before 18th March 1962 and needs substantial work.

For further reading on these coaches Blood and Custard recommends: